To make things work in this modern world, you will need an energy supply, and natural gas is one raw material that you can benefit from. Many people make use of this source of energy as fuel for cooking and heating. However, the potential of natural gas can give off more than that, such as electricity generation, heating buildings, fuel transports, power air conditioners, and run industrial furnaces.

Natural gas is really great when it comes to domestic and industrial needs, but how about the environmental needs?

Is natural gas good for the environment?

We, as humans that need to survive, need energy. To do that, we have the ones that produce energy. One of which is natural gas. Well, why choose natural gas? Other types of fossil fuel are effective but damage the environment greatly. To be responsible as humans, we need to make wise choices. We always need to consider the effects of our actions.

In this blog post, you will understand what makes natural gas unique from other types of fossil fuel. Also, you can gain a good insight as to why this gas is much cleaner and better for our planet and a low-carbon future.

The Benefits of Natural Gas 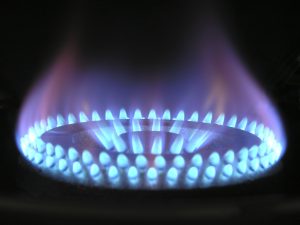 Just in the United States of America, over 50 percent of households make use of natural gas. Most of the natural gas utilized in homes is applied for space heating and water heating. It is also used in stoves, ovens, clothes dryers, lighting fixtures, and other appliances. Now, should this rate go on? Well, it is not praised as a green energy alternative for no reason. Compared to other kinds of fossil fuels, natural gas emits lower levels of damaging emissions such as carbon monoxide, carbon dioxide, and nitrous oxides. Also, burning it as fuel doesn’t make ash, which can result from mild to lethal health problems.

It releases 50 to 60 percent less carbon dioxide when burned in a new, effective natural gas power plant matched with discharges from a regular new coal plant.
Regarding only tailpipe emissions, natural gas also sheds 15 to 20 percent less heat-trapping gases than gasoline when combusted in common vehicles of today.

Natural Gas Impacts on Different Aspects of the Environment 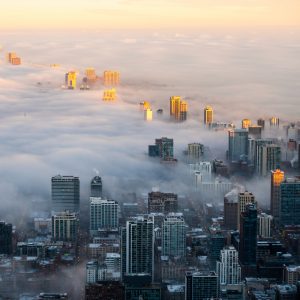 In large metropolitan cities, smog and poor air quality are becoming a very alarming issue. Smog is the main element of which is ground-level ozone. It is built by a chemical reaction of carbon monoxide, nitrogen oxides, volatile organic compounds, and heat from daylight.

That common smoggy haze is found rounding up in big cities, especially during the season of summer. This particular mixture of gas can add up to respiratory difficulties varying from temporary discomfort to long-lasting, permanent lung damage. Vehicle emissions, smokestack emissions, paints, and solvents are pollutants that contribute to smog formation. During summer, smog problems become bigger as heat smog heat requires heat to build up.

If natural gas is used, rather than coal or oil, smog formation will reduce. Burning this fuel doesn’t exceedingly contribute to smog pollution. Why? It blows out low levels of nitrogen oxides, and practically no particulate material.

This is why we strongly believe smog can be battled. Natural gas can help out regions where ground-level air quality is weak. The primary causes of nitrogen oxide productions are electric utilities, motor vehicles, and industrial plants. However, when you use natural gas in the electric generation aspect, a change to cleaner natural gas transports, or expanded industrial natural gas usage, could all help counter smog creation. It is very much required in urban places.

In the summertime, industrial plants and electric generators could make use of natural gas to fuel their services. This could be the key to answer when natural gas demand is lowest and smog problems are most inclusive. It’s more efficient than other hazardous fuels as it would result in a cleaner, clearer, fresher air around large cities and regions.

Space Use and Wildlife 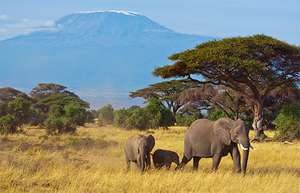 Oil and gas drilling takes up a lot of land for construction. This leads to more vegetations and ecosystems getting affected. If this happens, many wildlife habitats will be harmed, causing animals to migrate or even decrease in population.

Upon constructing a building for gas and oil operations, dirt, minerals, and other harmful pollutants may erode to nearby streams and rivers. This is because builders will need to clear space for building a well pad, pipelines, and access to roads.

When rivers, streams, and other bodies of water are affected by erosion and sedimentation, the environment will be very influenced. There will be a high risk for aquatic pollution from chemical spills or equipment runoff, habitat fragmentation, and decrease of surface waters as an effect of the lessening of groundwater levels. 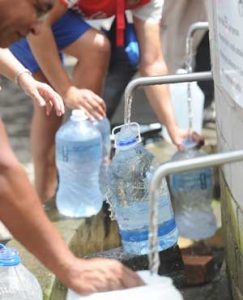 Speaking of bodies of water, natural gas has the potential to reduce water pollution. On the other hand, alternative oil and gas development can create health risks in areas surrounding it. The danger it poses come from the poisoning of drinking water sources with hazardous chemicals applied in drilling the wellbore, hydraulically breaking the well, processing and refining the oil or gas, or disposing of unuseful water.

There are underground gases, like naturally occurring radioactive materials, and methane has sometimes oozed into drinking water sources from badly cased wells. Methane is not connected with severe health outcomes but lacking volumes may give off flammability matters. Also, water availability concerns are made and raised by the vast volumes of water utilized in unconventional oil and gas development. 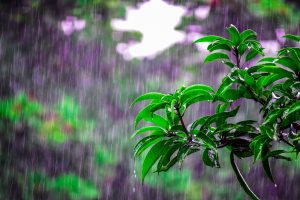 What is acid rain? This kind of rain is a broad term. It is comprised of any sort of precipitation with acidic elements. Some examples are sulfuric or nitric acid that drop to the ground from the clouds. This could be in wet or dry form, such as rain, snow, fog, hail or even dust that is with acid.

This distinct environmental issue damages a large aspect of the planet. For instance, just in the east part of the United State, acid rain is harming crops, forests, and wildlife populations. Not to mention that acid could also cause respiratory issues and other illnesses in the human body.

That also why natural gas is more recommended. Because it releases virtually no sulfur dioxide, and up to 80 percent fewer nitrogen oxides than the burning of coal, the extended use of natural gas could give for less acid rain creating discharges.

Summarizing the Benefits of Natural Gas 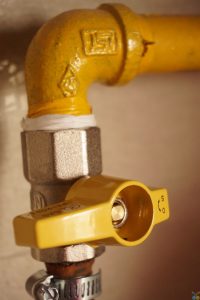 Final Thoughts about Natural Gas’ Effects on the Environment

The future we dream of is a clean and green future. That is why we need to make our best efforts to contribute to that future. As we’ve already said, one effective thing that could help us achieve a carbon-low world is natural gas.

Unlike other fuels such as coal, oil, and wood, the chemical composition of it is undeniably beneficial. Looking forward to a cleaner environment means making use of it a fuel to our daily lives. The great amount of it can surely help us out in our personal needs while minding also the situation of our planet.

This fuel may not be a perfect one, but it is better to use once you get to contrast it with the harmful effects of other energy sources. These energy sources may benefit some of our activities, but not the well-being of our environment. Making use of it is a win-win, as it helps us humans and the habitat we live on.

Saving the environment means saving humanity. As humans, we could utilize things that would very much benefit the planet; one of which is using natural gas. 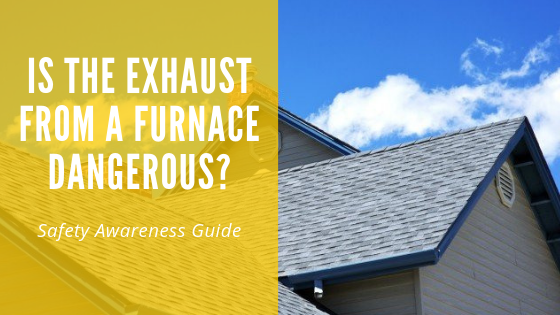 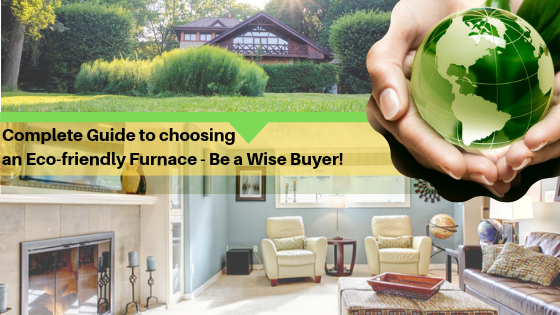 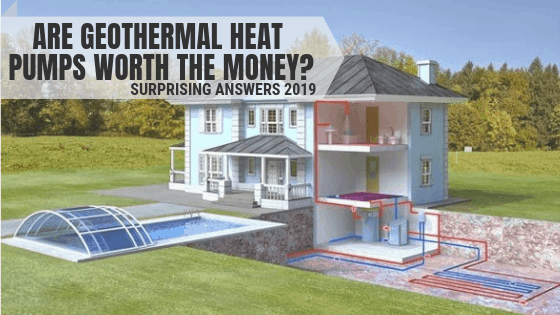 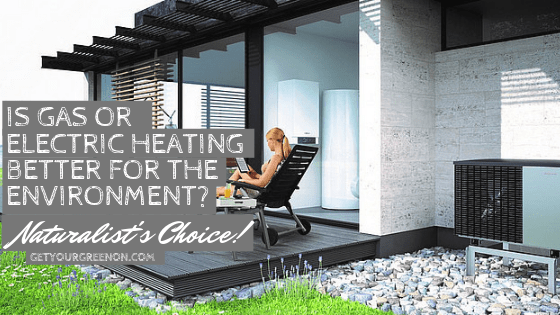 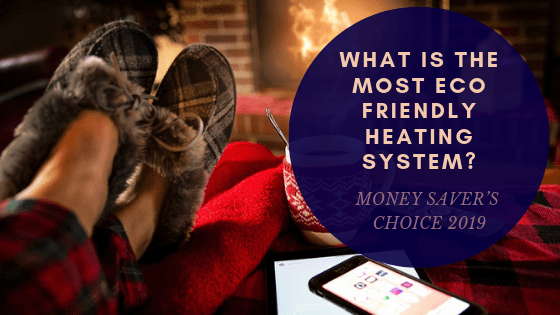 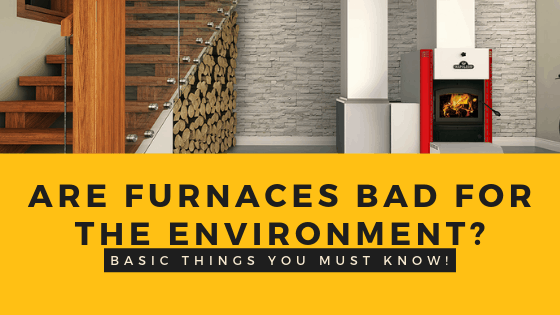